You are here: Home › Our Agency › News › Western Sydney Aboriginal Centre for Excellence On Track To Open Next Year

Applications for the NSW Government’s Closing the Gap grants are open with nearly $9 million available to turbocharge Aboriginal businesses and provide additional support for Aboriginal communities.

Assistance and resources for people impacted by flooding in NSW.

A time to reflect: 14th anniversary of the 2008 Apology to the Stolen Generations - Message from HOAA

A time to reflect: 14th anniversary of the 2008 Apology to the Stolen Generations - Message from HOAA

The Western Sydney Aboriginal Centre for Excellence will become a hub for young Aboriginal people to harness their aspirations and talents to create a rewarding future with the Centre to open its doors next year.

Minister for Aboriginal Affairs Sarah Mitchell and Minister for Western Sydney Stuart Ayres today announced the old Whalan High School site in Mount Druitt has been confirmed as the new home for the $20 million project.

“The Western Sydney Aboriginal Centre for Excellence will encourage Aboriginal young people to dream big, while providing the tools and networks needed to make those dreams a reality,” Mrs Mitchell said.

“This project is a community partnership and the next stage of development will rely on the strengths of Western Sydney’s Aboriginal community, thanks to an Aboriginal-led advisory committee, who will guide the project.

“Valuing and celebrating Aboriginal identity is at the heart of this project, because excellence can only be built on a solid foundation of respect.”

Minister for Western Sydney Stuart Ayres said the Aboriginal Centre for Excellence will seek input from young people and their families to identify current gaps in local services and partner with local enterprises and big business to meet those.

“By partnering with the private sector, Aboriginal people will be front and centre as opportunities arise in the fast-developing Western Sydney economy,” Mr Ayres said.

“The project is expected to create opportunities for Aboriginal businesses and suppliers at every phase, starting with the refurbishment of the Whalan site.

“With one-fifth of the State’s Aboriginal population calling the Greater Western Sydney region home – and more than 60 per cent of them aged under 24 – the centre is set to become an inspiring hub for our next generation.” 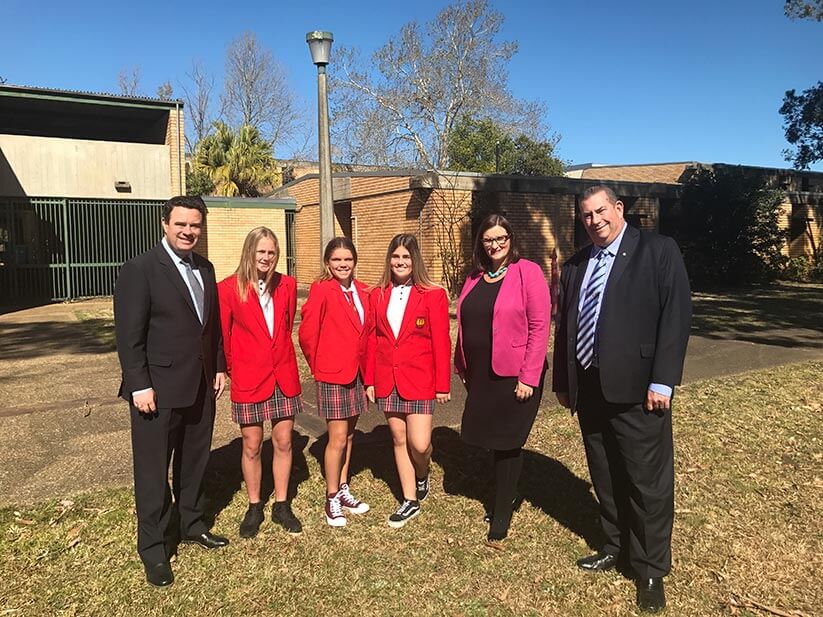