There are currently ten Aboriginal regional alliances in NSW, each one set up under Local Decision Making to negotiate on behalf of local Aboriginal communities with the NSW Government about the design and delivery of services to their communities.

On 4 December 2013, the Minister for Aboriginal Affairs announced Aboriginal regional alliances listed below had been selected:

Given the high level of interest in Local Decision Making and the work that Aboriginal communities are already undertaking in partnership with government, the Minister announced more sites in 2014, relying on the expressions of interest already assessed in 2013. On 8 September 2014, the Minister announced Local Decision Making would be extended to:

A further Aboriginal regional alliance was added on 5 March 2015:

In 2018, the Riverina-Murray Regional Alliance underwent an assessment process and is now an official Local Decision Making site.

The purpose of the NRAA is to achieve positive and sustained outcomes for Aboriginal people in the Northern Region through committed and collaborative engagement, decision making and action between community members, organisations and government.

Vision
Through strong leadership, Aboriginal Community Controlled Organisations implement an informed and inclusive consultation process which will give a voice to whole of the Aboriginal community within the boundary of NRAA to either highlight issues or influence change in services for the betterment of the community.

TRRA as a collective authentic Aboriginal leadership group provides the highest standard of regional governance, through mutual accountability, advocating, supporting and strengthening local communities towards sustainable long-term partnerships. The role and responsibility of the TRRA is to work towards ensuring Aboriginal communities have a real and genuine voice in negotiation consultations in determining what services are being developed and implemented.

IWAAC represents the Local Decision Making interests of Illawarra and Wingecarribee Aboriginal communities of the Illawarra South East Coast of NSW. Incorporated by the Office of the Registrar of Indigenous Corporations in November 2015, IWAAC has its roots in the Illawarra Regional Partnership Agreement and Illawarra Community Based Working Group.

The Murdi Paaki Regional Assembly (MPRA) is the peak representative structure that represents the interests of Aboriginal and Torres Strait Islander people in 16 communities across western NSW. MPRA was the first alliance to sign an LDM accord with the NSW Government, at Government House on 19 February 2015.

Vision
To establish Aboriginal jurisdiction in the Murdi Paaki region based on the recognition of our human rights as Aboriginal peoples, political, social and cultural respect for Aboriginal and Torres Strait Islander people in Australian society, and equitable participation in the economic development of the region. 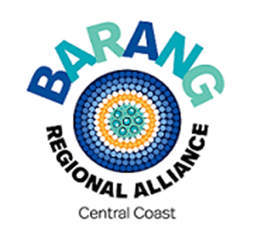 The Barang Regional Alliance Ltd is a not-for-profit Aboriginal organisation supporting the empowerment of Aboriginal and Torres Strait Islander people on Darkinjung Land on the Central Coast of NSW.
Barang’s footprint covers one local government and one health district providing unique opportunities for coordination in the region. Barang has a backbone organisation, and also participate in the Commonwealth Government Empowered Communities initiative.
Barang advocate to reform current thinking, systems and processes for more effective service delivery, outcomes and accountability to the Central Coast Aboriginal community.

Vision
Barang’s vision is to ensure cultural retention for future generations and the wider community; to build strong relationships and leverage; empower Darkinjung people through community led decision making reform and accountability; to work with partners to tailor regions services and investments to support Aboriginal people and organisations to build their capability and aspiration as core business activity; to build community capacity through culture and leadership development.

NCADA works in partnership with communities, employees and government agencies to improve service delivery and support for Aboriginal and Torres Strait Islander peoples.

NCADA commits to ensuring mutually beneficial outcomes for communities by building and maintaining relationships at the local level, working together to enable Aboriginal communities to have greater decision-making powers around service delivery to communities.

In September 2016, RADA split into two regional alliances due to the extent of their geographical boundary, forming the Tribal Wave Assembly (TWA) alongside NCADA. The name signifies a people’s movement: “a wave 4 change”. Tribal Wave is currently working on solidifying their governance.

The Riverina-Murray Regional Alliance (RMRA)'s aim is to ensure member communities have a genuine voice in determining how and what services are delivered in their communities and to increase the capacity of each community to make decisions about their future.

Priorities
RMRA have identified housing, health, healing and well-being and law and justice as their key priority areas.

WSARA’s goal is to ensure that Aboriginal people in Western Sydney participate in all local decision-making that affects their lives and that Aboriginal community aspirations remain central to achieving better outcomes.

Vision
The vision of the Western Sydney Aboriginal Regional Alliance is to work towards ensuring Aboriginal communities have an authentic and genuine voice in negotiations/consultations in determining what services are being developed and implemented through mutual respect and understanding, and to ensure Aboriginal community vision and aspirations remain central to achieving better outcomes for all Aboriginal people in Western Sydney.

The La Perouse Aboriginal Community Alliance (LPACA) was formed in 2014 to provide an effective strategic, representative and accountable mechanism for the Aboriginal community to express its views and needs and achieve its aspirations.
The Alliance is committed to ongoing engagement and identifying opportunities to develop collaborative strategies with La Perouse Aboriginal community organisations, government and non-government organisation sectors within the limits of available resources. Its purpose is to provide strategic direction and leadership to ensure Aboriginal empowerment.

Vision:
The vision of the La Perouse Aboriginal Community Alliance is Strong leadership and governance through united, prosperous organisations to ensure that our people are cared for and supported.

Membership:
The Membership structure of the La Perouse Aboriginal Community Alliance is a partnership between organisations which undertake community development and deliver services to the La Perouse area.

The priorities of the La Perouse Aboriginal Community Alliance are Education, Employment, Health, Housing, Economic Development and a Safe Community and Family.

Should you have questions relating to Local Decision Making please forward your query to: