About our research agenda

To support and inform the policy changes that flow from OCHRE we have built a research agenda for our time. Our agenda makes a calculated and, perhaps, historic shift in emphasising hope over despair, aspiration over services, and placing the transformation of the relationship between Aboriginal peoples and government at its centre.

Our agenda reflects our desire for a new narrative in Aboriginal affairs and demonstrates our commitment to embedding Aboriginal voices and perspectives into policy development and implementation. We cannot do this on our own. The extended research community will be critical in delivering the evidence that supports Aboriginal communities and the NSW Government to work together to determine what works, what’s worth trying and what success looks like. 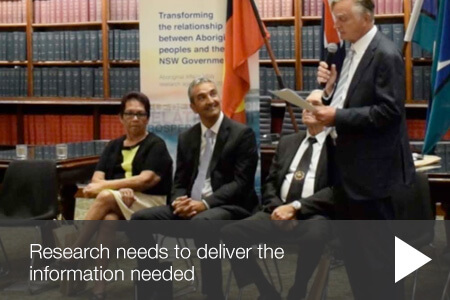 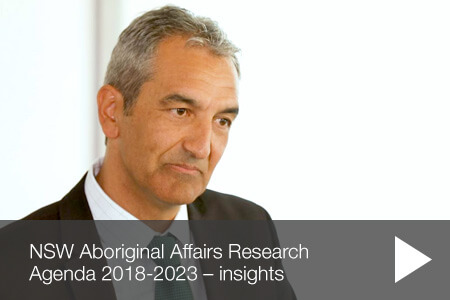 Inside our research agenda

Our research agenda has eight chapters: Return of public lands to Aboriginal control/ownership, Aboriginal languages, Cultural capability of New South Wales public servants, Economic prosperity, Self-determination, Influencing the public discourse, Improving research and evaluation practice with Aboriginal peoples and communities, and the impact of Aboriginal perspectives on policy development. A summary of each chapter is provided below.

Our areas of research inquiry

Our agenda is wide-ranging and seeks answers to new questions about the relationship between First Peoples and their lands and languages, the cultural capability of the public service, the nature of Aboriginal economic prosperity, and the negotiations that must define self-determination – information needed to support a positive, respectful and enduring relationship between Aboriginal peoples and government.

For the next six years we will focus on eight areas identified as priorities by Aboriginal communities: 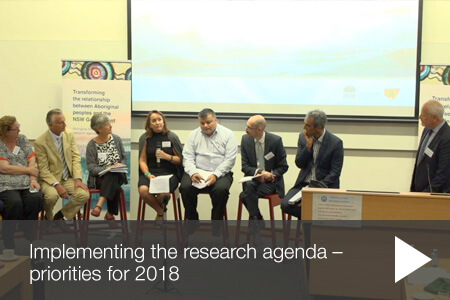