You are here: Home › Our Agency › News › Minister praises Nations of Origin success 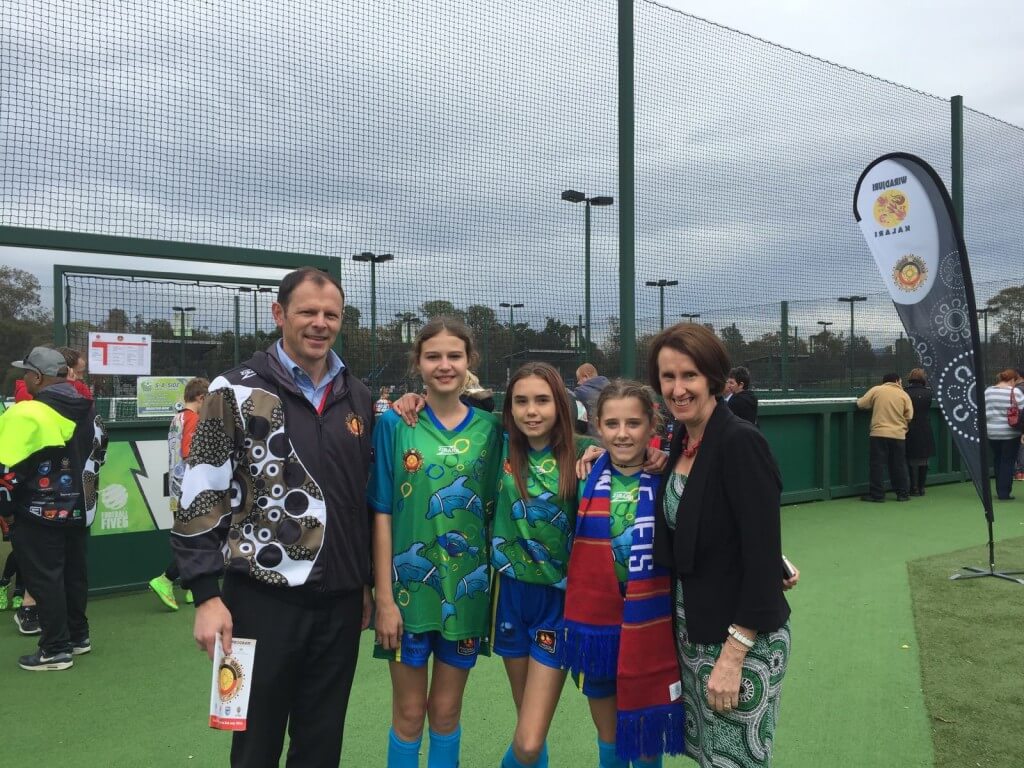 Photo caption: Minister Leslie Williams at the 2015 Nations of Origin

Minister for Aboriginal Affairs Leslie Williams has congratulated the organisers of the 2015 Nations of Origin, praising the event for promoting reconciliation and Aboriginal identity.

The three-day event is a multi-faceted sport, cultural, education and leadership program hosted by the Police Citizens Youth Clubs (PCYC) NSW, which has grown to become one of the largest Aboriginal youth events in the State.

This year's Nations of Origin has been an outstanding success and I want to congratulate the 1,400 participants as well as the event organisers, Mrs Williams said.

Representatives from more than 26 Aboriginal Nations from across NSW were joined by young people of all backgrounds, helping to foster new relationships and a better understanding between local cultures.

I am delighted that the NSW Government is able to help fund the development of programs and activities that build relationships between Aboriginal and Torres Strait Islander and non-Aboriginal young people.

The 2015 Nations of Origin ran over three days from 30 June to 2 July and was held at two locations in the Hunter Speers Point (Soccer) and Raymond Terrace (Rugby League).

Cultural identity is the focus of the event so the sporting activities were complemented with workshops, including traditional dance. Education and career planning are also a key component of the event.

Teams represented their community under their traditional Aboriginal Nation name and wore uniforms that incorporated local artwork and totems.

The winners of the 2015 Nations of Origin: